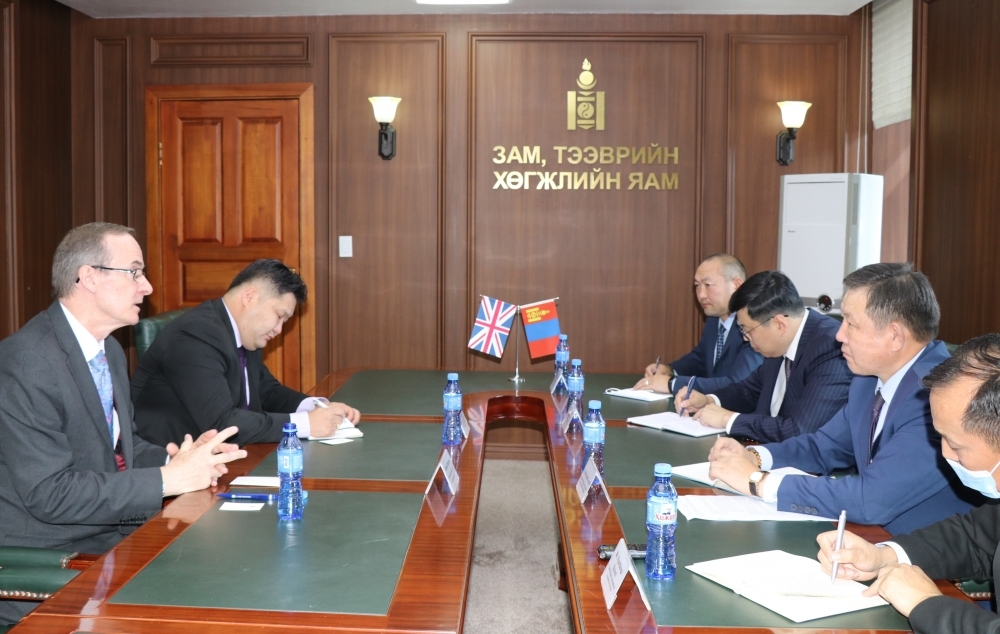 During the meeting both sides exchanged views and ideas on the current and potential future collaboration opportunities. Minister Khaltar highlighted the successful engagement of British companies in the Tavantolgoi-Zuunbayan railway construction project in Mongolia by supplying railway fastening clips and the associated concrete sleeper technology for the project. He noted that this railway fastening system was selected after careful testing for quality and suitability to Mongolia’s conditions and with considerations for its intended use in heavy haul railway. He also informed the ambassador of Mongolia’s plans for further railway expansion projects in the eastern and western part of Mongolia and that those projects would use large amount of fastening clips. And he further underlined the mutual benefits for both sides if certain parts of the clips are manufactured in Mongolia taking into account the future local demand and the potentials to export to Asian markets.

The Ambassador congratulated Minister Khaltar on his appointment as the Minister of Road and Transport Development of Mongolia and offered his support and collaboration in the areas and issues mentioned by the minister especially in bringing UK technologies and companies to Mongolia. He confirmed his embassy would follow up on the possibilities of manufacturing Pandrol fastening clips in Mongolia and noted that it would be Pandrol’s business decision to manufacture its clips in Mongolia.

Minister Khaltar also shared his interest in strengthening ties with UK in other areas of transport such as maritime transport, especially in the area of capacity development for Mongolian seafarers and to provide them with practical knowledge and experience.