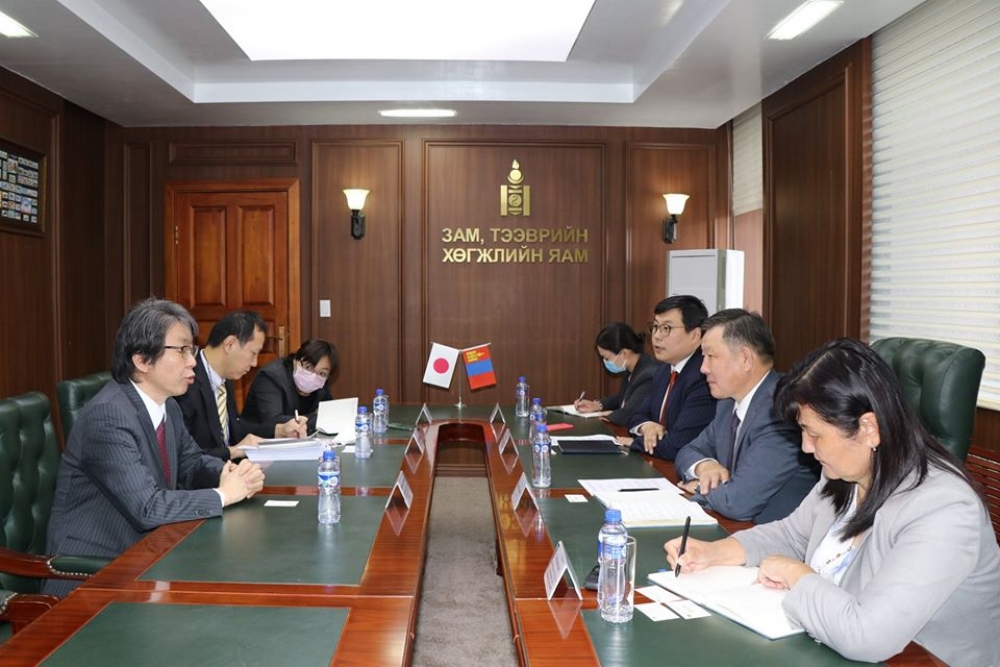 Minister of Road and Transport Development of Mongolia Mr. Khaltar Luvsan met with Ambassador Extraordinary and Plenipotentiary of Japan to Mongolia Mr. Kobayashi Hiroyuki and exchanged views on the bilateral cooperation between Mongolia and Japan in road and transport sector.

In the beginning of a meeting, Ambassador Kobayashi Hiroyuki congratulated Minister Khaltar Luvsan on his appointment as the Minister of Road and Transport Development of Mongolia and expressed his confidence on widening and strengthening the friendly relations between the two countries in the field of road and transport continuously.

Minister L.Khaltar emphasized that the relations and cooperation between the two countries have been developing and expanding in all social and economic sectors. He also thanked the Government of Japan for its continued support for the successful completion of construction of new international airport, a symbol of bilateral cooperation of the two countries, and the establishment of joint company for the future operation management of new airport. Minister stressed the needs of an active cooperation to launching the new airport operation by 1st of October of this year, and called for the support to planning the construction of ancillary infrastructure, staff housing and a satellite city.

Furthermore, the sides have discussed about the number of issues in a sector, such as establishment of western logistics center included in Government Action Plan, operational integration of logistics center and new airport, free data exchange on used cars imported from Japan to Mongolia, expansion of air transport network, training of personnel in the field of road and transport, technical assistance for recycling of used hybrid batteries and introduction of automated road toll system in Mongolia.

Ambassador Kobayashi Hiroyuki expressed his willingness to support the further implementation of the aforementioned projects and programs. He also suggested that the issue of free exchange of databases of used cars exported from Japan to Mongolia should be regulated in compliance with the relevant rules of World Trade Organization. He informed that Toyota company is working on a study to resolving the issue of recycling hybrid batteries of used cars. He also expressed his interest in studying the introduction of automated road toll system in Mongolia in cooperation with relevant international organizations and other agencies of Mongolia. 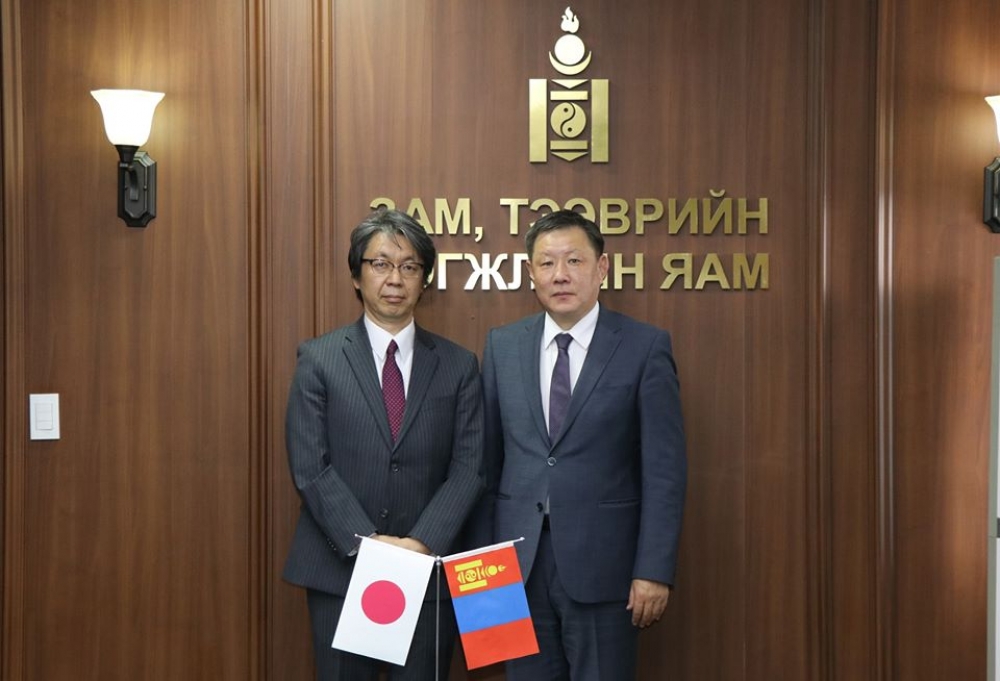