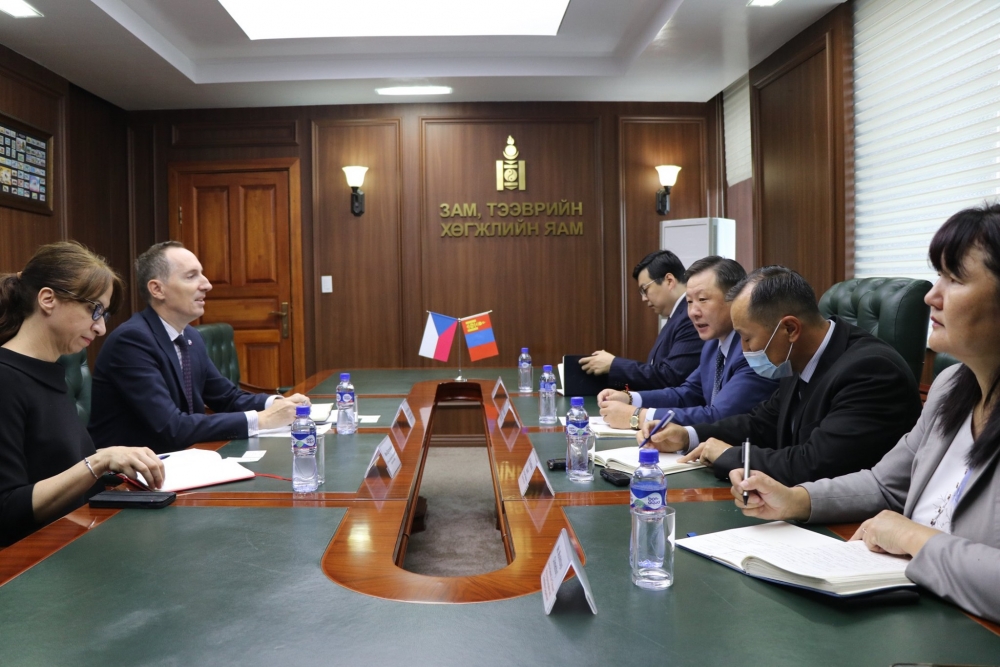 During the meeting Minister Khaltar thanked the Ambassador Brodský for his continuing effort and contributions made to strengthening ties between the two countries and emphasized the importance of transport connectivity to support growing economic and trade exchange between Mongolia and Czech Republic. He further shared his position and thoughts about possible ways to improve and enhance road transport and air transport cooperation especially in ways by creating favorable legal environment and encouraging private sector initiatives and engagement.

Ambassador Brodský congratulated Minister Khaltar on his appointment as the Minister of Road and Transport Development of Mongolia and thanked the minister for his constructive discussion and shared the Czech side’s interest to participate in aviation projects in Mongolia in various areas such as development of local airports, equipment supply, delivery of small aircrafts for rural and special purpose flights, etc. The ambassador also mentioned about some new avenues of potential cooperation in railways sector.

Minister Khaltar agreed to study the possibilities of enriching the cooperation in other fields such as railways and added that aviation sector has great many opportunities for Czech companies to work in Mongolia, for example in general aviation side as well as using the Ulaanbaatar’s old airport at Buyant Ukhaa for training and small aircraft assembly purposes once the new airport become operational this year. 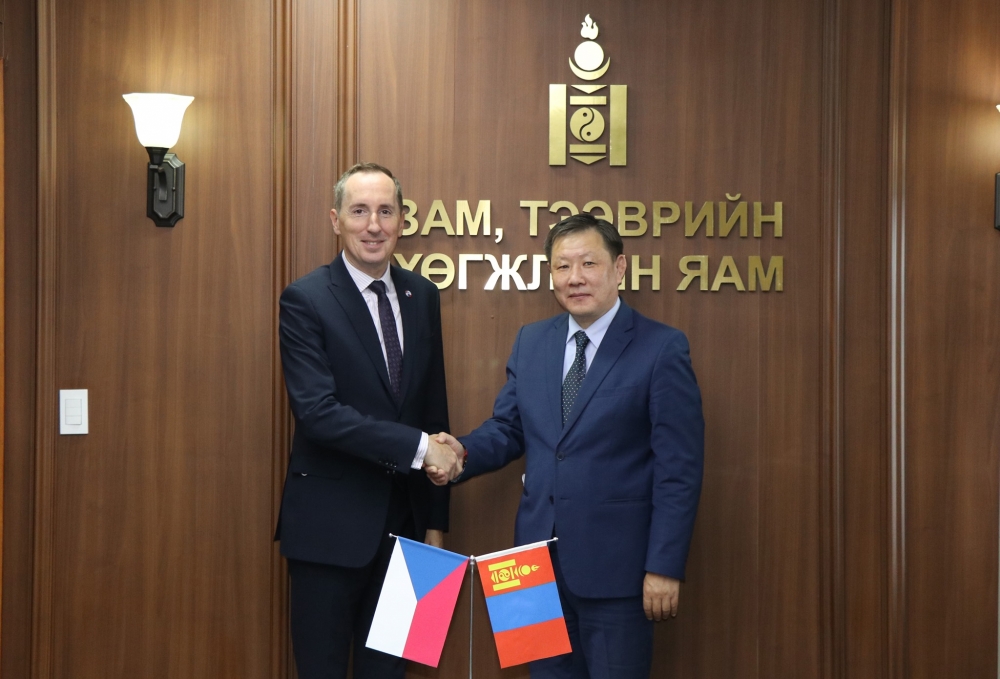