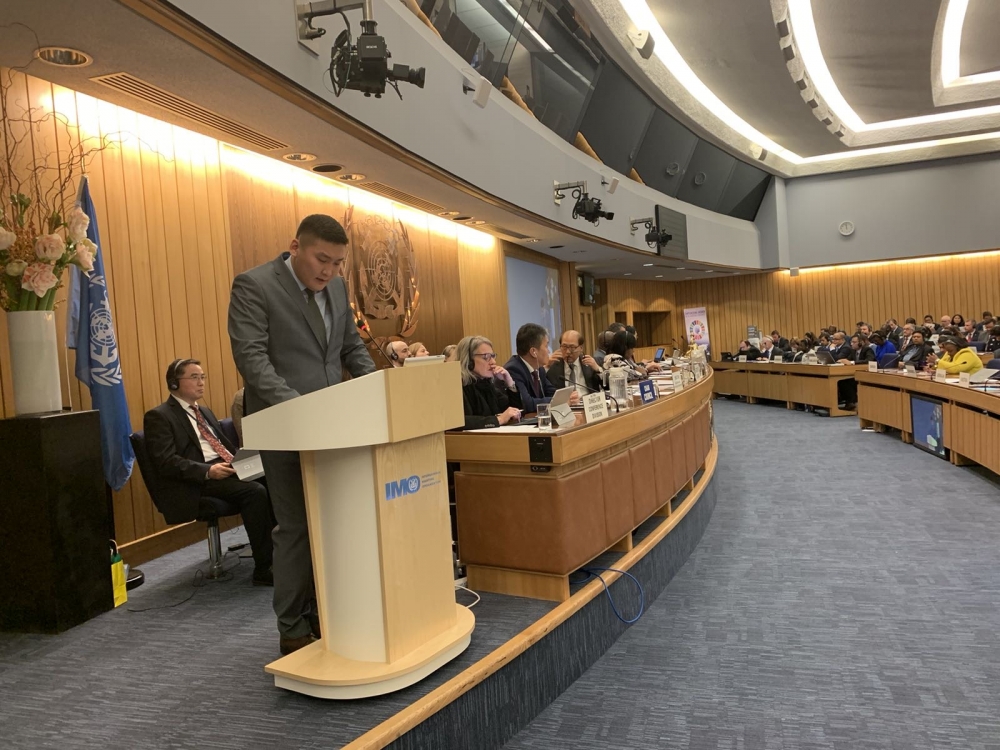 Mongolia participated in the 31st session of the Ordinary General Assembly of the International Maritime Organization (IMO) held from 25th November to 4th December 2019 in IMO Headquarters in London.

Mongolian delegation was headed at the 31st session by H.E. Mr. Tulga Narkhuu, Mongolian Ambassador to the United Kingdom and Permanent Representative of Mongolia to IMO.

Deputy Head of Mongolian delegation Mr. Tuvshintur Saranjav, Director of Maritime Administration of Mongolia pointed out the steps that Mongolia is taking towards harmonizing national maritime legislation with international maritime conventions and treaties and its commitment to implement the duties that the IMO aims at its regional and economic ports and waters.

The Assembly is IMO’s highest governing body. It is responsible for approving the work programme and budget; and determining financial arrangements and electing the IMO Council. The Assembly consists of all IMO Member States and meets once every two years.

As a specialized agency of the United Nations, IMO, is the global standard-setting authority for the safety, security and environmental performance of international shipping.

Its main role is to create a regulatory framework for the shipping industry that is fair and effective, universally adopted and universally implemented.