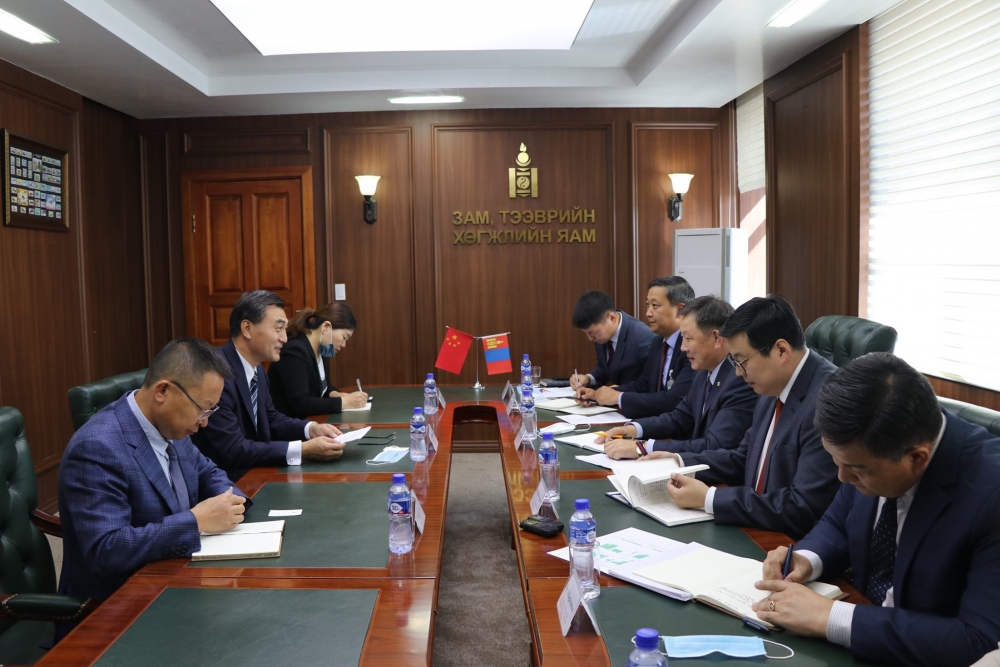 At the beginning of the meeting ambassador Chai Wenrui congratulated minister Khaltar Luvsan on his appointment as the Minister of Road and Transport Development of Mongolia and expressed his readiness to work together to develop the longstanding transport sector ties between the two countries.

Minister Khaltar Luvsan mentioned that the year 2019 marked the 70th anniversary of the establishment of diplomatic relations between Mongolia and China and the anniversary was jointly celebrated with successful implementation of many important projects and activities such as 20.9 km Ulaanbaatar-Nalaikh road rehabilitation, Bayankhongor-Baidrag river bridge and Tosontsengel-Uliastai road construction projects. He further noted that the number of China-Europe container express trains has increased by 40 percent in the first half of 2020 compared to the same period last year so it necessitates the need for turnover capacity increase of the Erlian port and the Erlian-Jining railway line in China. The minister sought the ambassador’s support in notifying the relevant Chinese authorities in this regard. He also touched upon other cooperation matters including the freight transit along the Asian Highway route AH-3, transport of mining products, facilitation of border crossing at Gashuunsukhait port and air transport issues.

Ambassador Chai Wenrui noted that in recent years, mutual trust and cooperation between the two countries have continuously deepened, reaching new heights of historical significance and generously contributed to advancing the comprehensive strategic partnership established between the two states. He stressed the importance of the transport sector within the overall mutual ties and its representation of successful collaboration and its potentials to further strengthen the relations.

The ambassador expressed his willingness to follow up on the matters raised by the Minister Khaltar and mentioned about some of the difficulties faced in relation to the ongoing projects, specifically in connection with Covid-19 travel restrictions and quarantine rules for work force of Chinese project contractors. 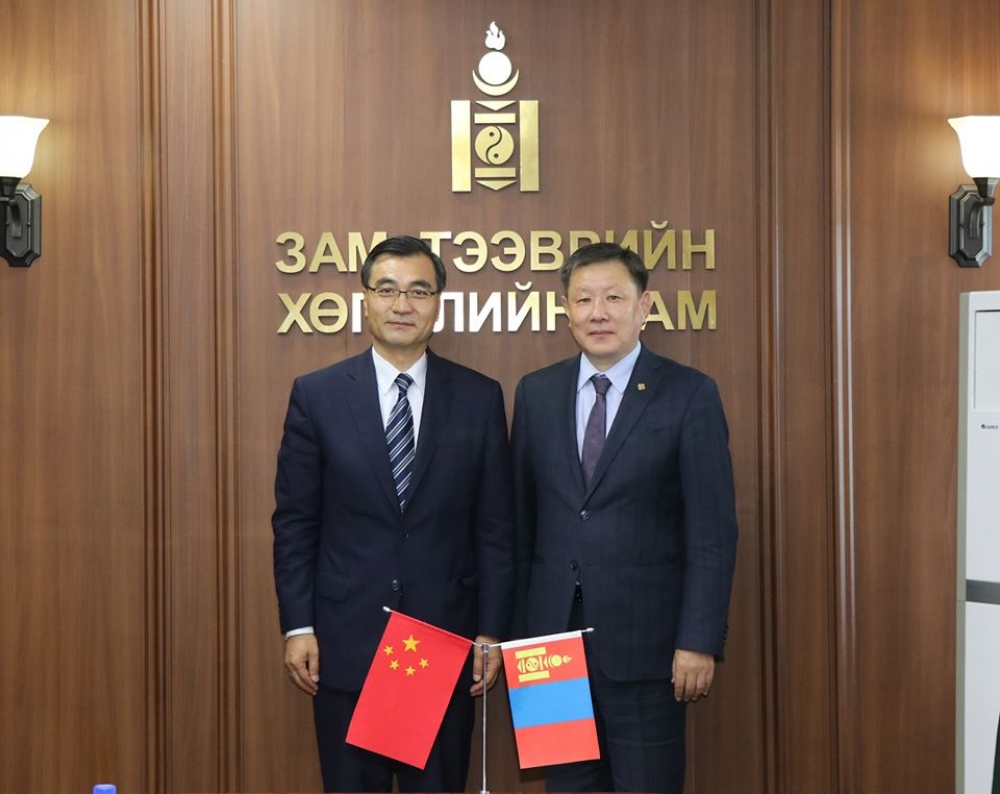