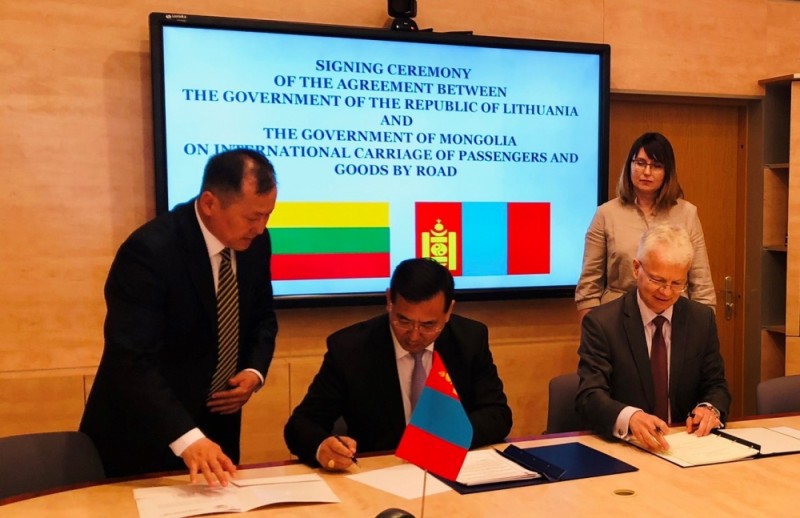 A delegation of Ministry of Road and Transport Development of Mongolia headed State Secretary Mr. Batbold Sandagdorj paid visit to the Republic of Lithuania and signed the Agreement between

The both sides also exchanged ideas to strengthen ties between Mongolia and Lithuania in other areas of transport fields including railways, logistics, aviation. The Lithuanian side shared its willingness to collaborate with Mongolia in the areas of logistics and offered its highly developed ports and multimodal terminals in Klaipeda and Kaunas.