Ulaanbaatar-Darkhan road extension to be funded by EBRD 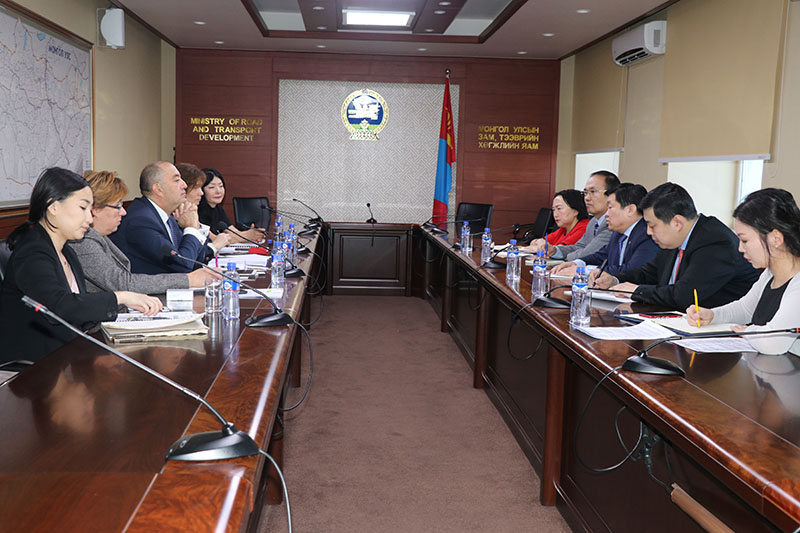 Minister B.Enkh-Amgalan expressed gratitude to EBRD for support, cooperation and contribution to the development of Mongolia’s economic and social sectors. He also thanked the bank for cooperation on reconstruction and extension project of 204 km road between Ulaanbaatar and Darkhan.

As a result of discussion at the Cabinet, the Mongolian side offered to begin the construction of two lanes to be financed by EBRD with the funds from Development Bank of Mongolia and repay it later when the General Credit Agreement is signed with EBRD.

Mr. Bruno Balvanera said that the bank considers the refinancing offer as an opportunity to start the project early. EBRD expressed its readiness to start the project immediately as they are well aware of the social needs and significance of the Ulaanbaatar-Darkhan road extension.