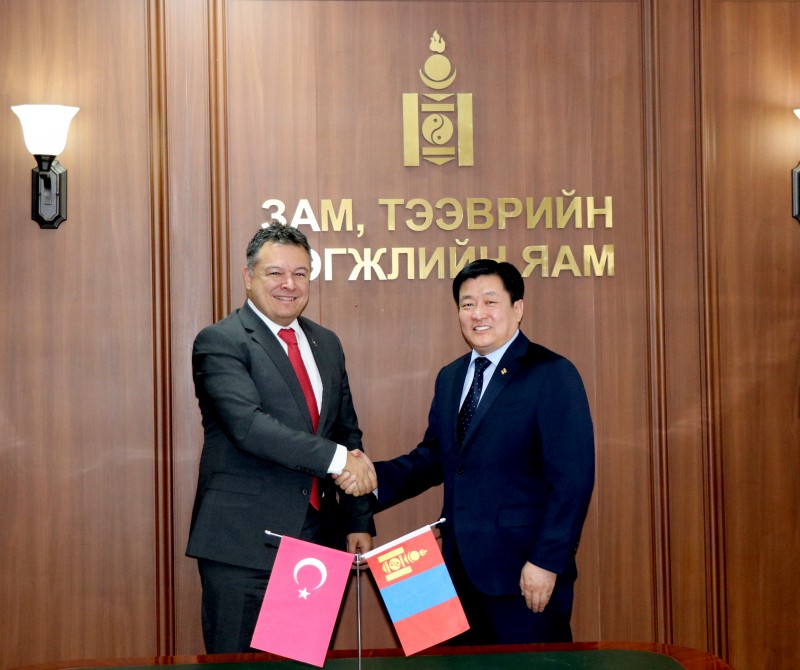 H.E. Mr. Enkh-Amgalan Byambasuren, Minister of Road and Transport Development of Mongolia met with H.E. Mr. Ahmet Yazal, Ambassador of the Republic of Turkey on 15 March 2019.

During the meeting Minister Enkh-Amgalan thanked the Ambassador Mr. Ahmet Yazal for his continued effort and contributions in strengthening ties between the two countries and emphasized the importance of transport connectivity to support growing economic and trade exchange between Mongolia and Turkey. He further shared his position and thoughts about possible ways to improve and enhance flight services on the route between Ulaanbaatar and Istanbul carried out by Turkish Airlines.

Ambassador Mr. Ahmet Yazal congratulated Mr. Enkh-Amgalan Byambasuren on his appointment as the Minister of Road and Transport Development of Mongolia and thanked the minister for his constructive position on the air services matter and reiterated the Turkish Airlines proposal towards increasing frequency and capacity of the current route. He stressed the increased flight numbers and capacities would greatly contribute to trade and tourism exchange between the two countries.

The both sides also exchanged views to encourage and support other areas of bilateral cooperation e.g in airports, maritime transport, logistics, joint research and studies. 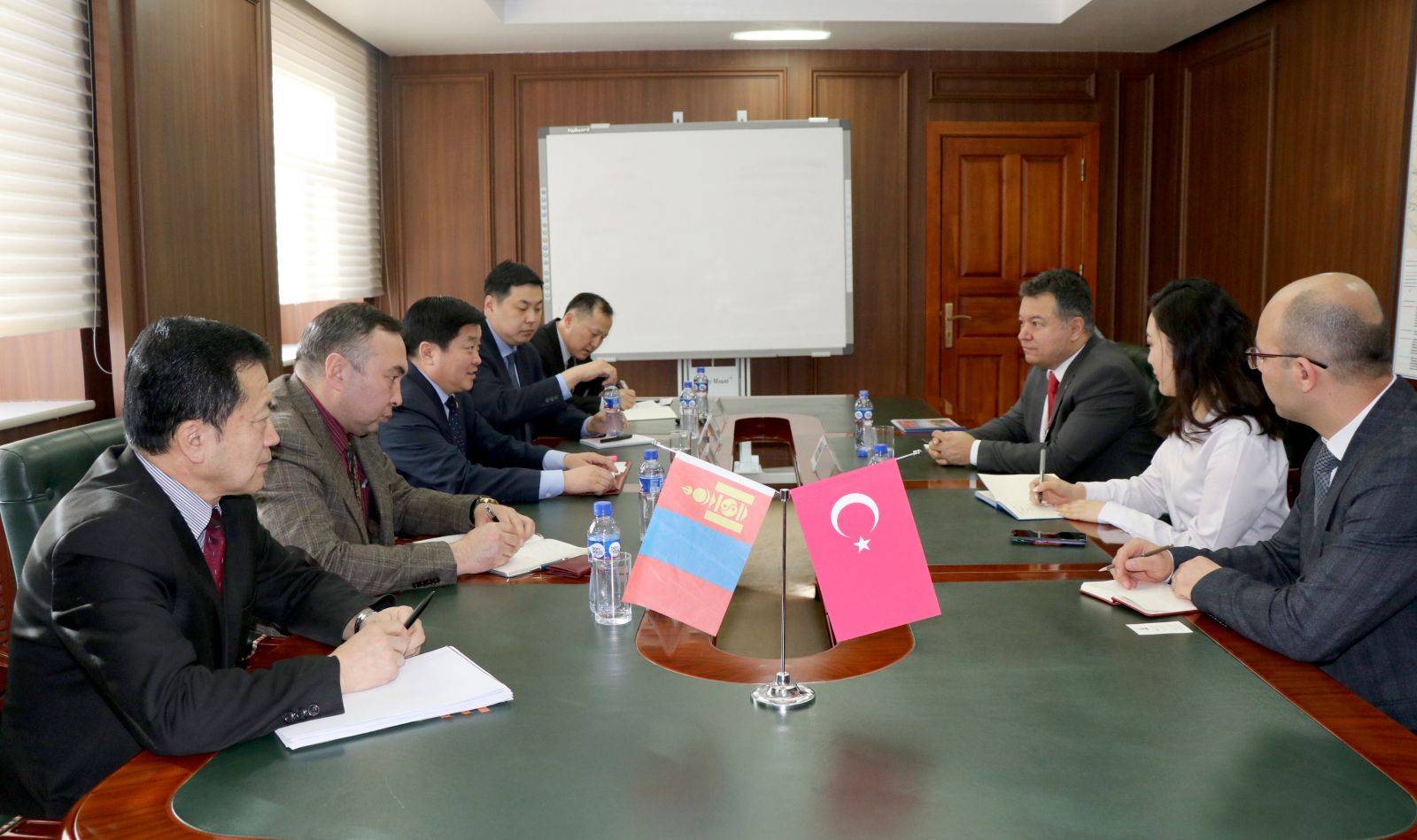