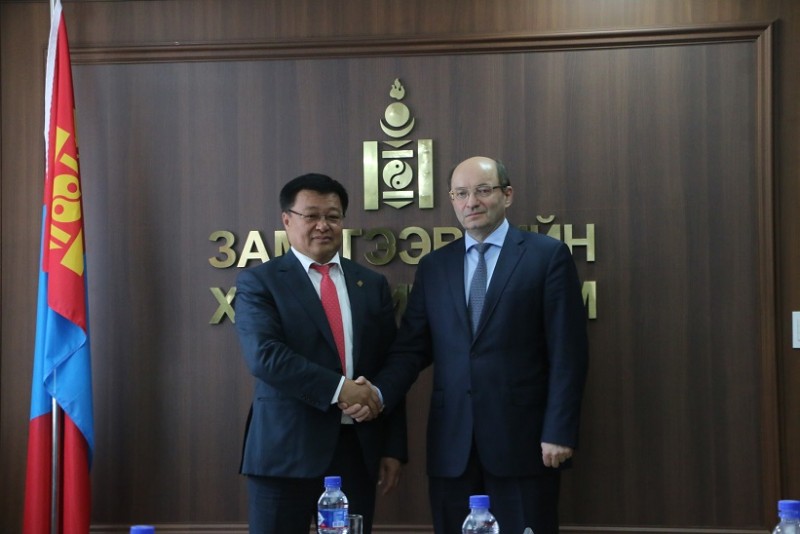 Minister D.Ganbat congratulated Mr. Alexander Misharin for being appointed as the Chairman of the General Committee of the Ulaanbaatar Railway and mentioned about some current issues of the company. “Ulaanbaatar Railway is in need for a technical innovation and investments for road maintenance, locomotive and freight wagon renovation. I’m certain that Mr. Alexander Misharin will look into these issues and the Government of Mongolia, as well as Minister of Road and Transport Development and Mongolian investors will be providing support as well” said Minister of Road and Transport Development D. Ganbat.

During the Prime Minister’s visit to Saint-Petersburg, Russia for the economic forum earlier this month, PM J.Erdenebat met with the President of Russian Railways Oleg Valentinovich Bolezyorov. Accordingly, a decision was made to increase freight transport by 3 million tons in the route between Asia and Europe. Minister of Road and Transport Development D. Ganbat highlighted the decision’s impact on the development of Mongolia’s economy. 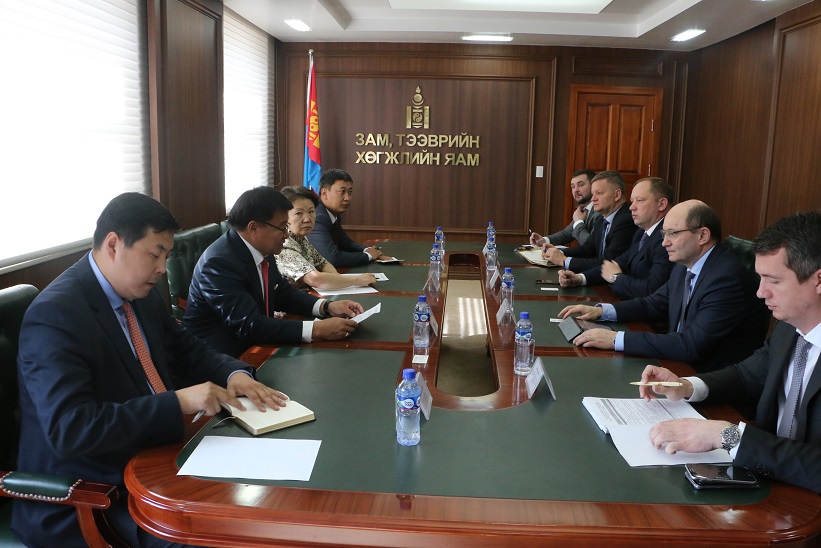