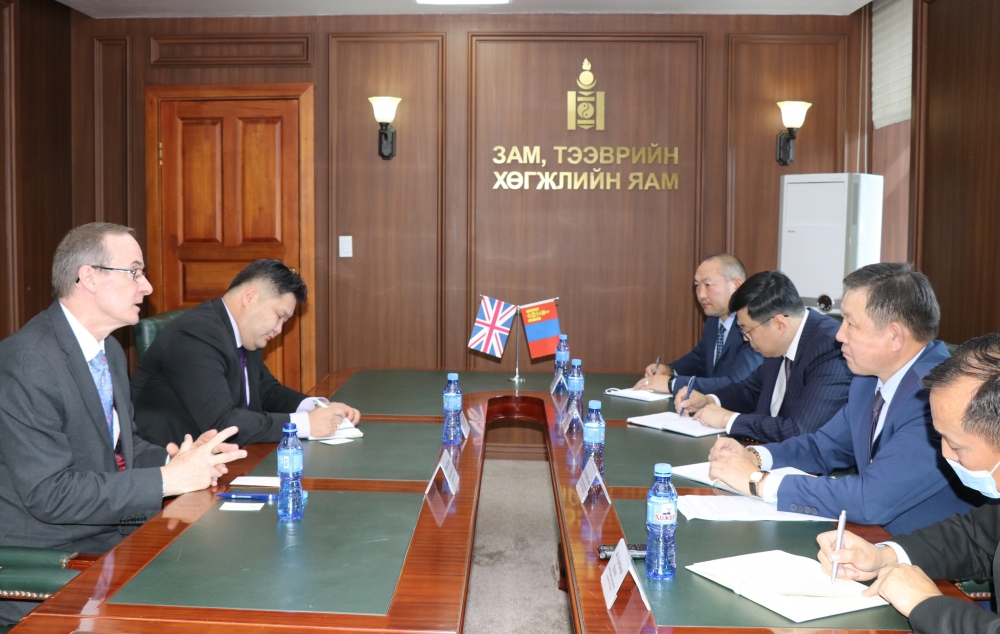 At the meeting, the two sides exchanged views on deepening cooperation in railway, maritime and air transport sectors. Ambassador Philip Malone expressed the British side's interest to cooperate in upcoming railway projects in Mongolia and discussed the possibility of further railway cooperation based on the current engagements.

Minister L.Khaltar updated the ambassador on the progress of ongoing railway projects and some of the planned activities in the sector. He also highlighted the importance of   potential UK support to Mongolia in developing the maritime transport field, especially in the areas of human resources capacity building and enhancement of ship registration and port operations, flag state control and inspections.

The sides also agreed to expedite the renewal of the Air Services Agreement between the two countries.