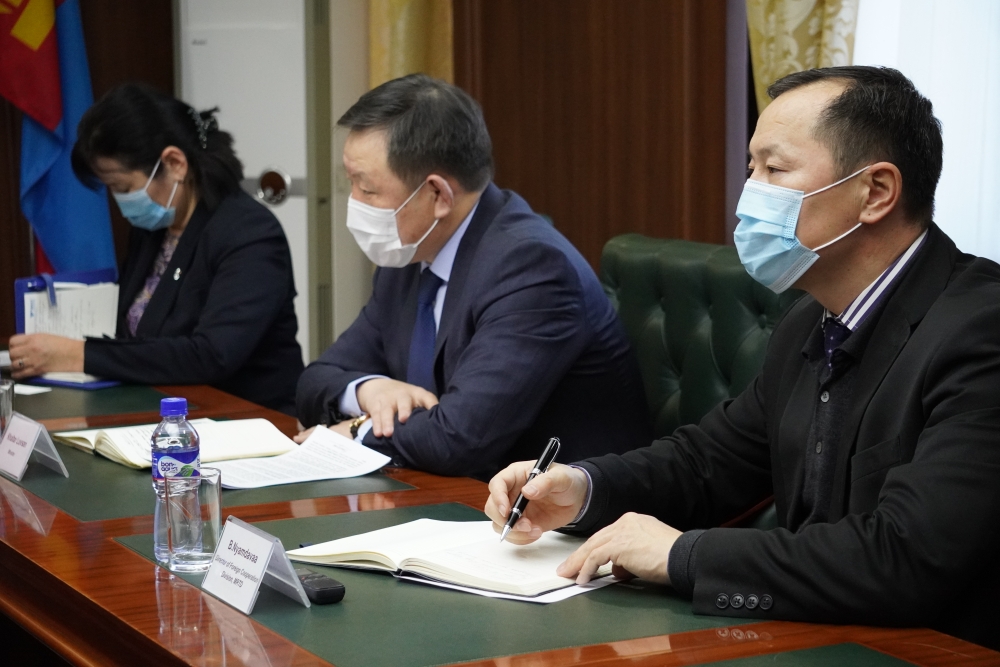 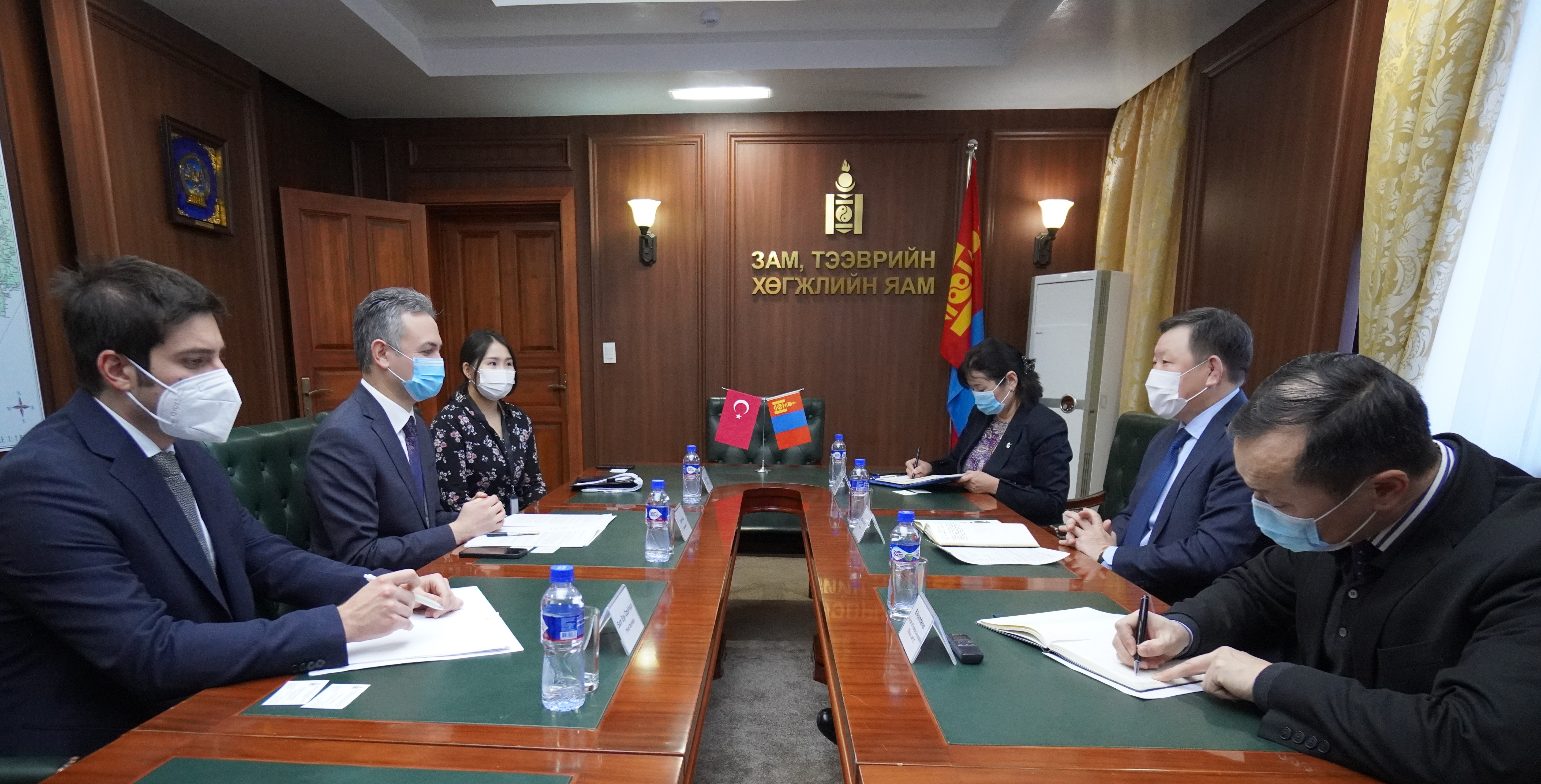 At the outset, Minister Khaltar congratulated the ambassador Ateş on his appointment as the ambassador of the Republic of Turkey to Mongolia starting from May 2021 and wished him success on his reputable post. He noted that aviation and road transport fields play an important role in the current transport sector cooperation between Mongolia and Turkey and highlighted the ever-increasing role of transport in the face of the ongoing pandemic. Accordingly, he expressed his readiness to work with the ambassador with the aim of expanding to expand cooperation in air transport sector based on the principles of mutual benefit and equality, as well as to establish an direct railway connection between the two countries and suggested to hold meetings between the relevant authorities and entities of both sides. 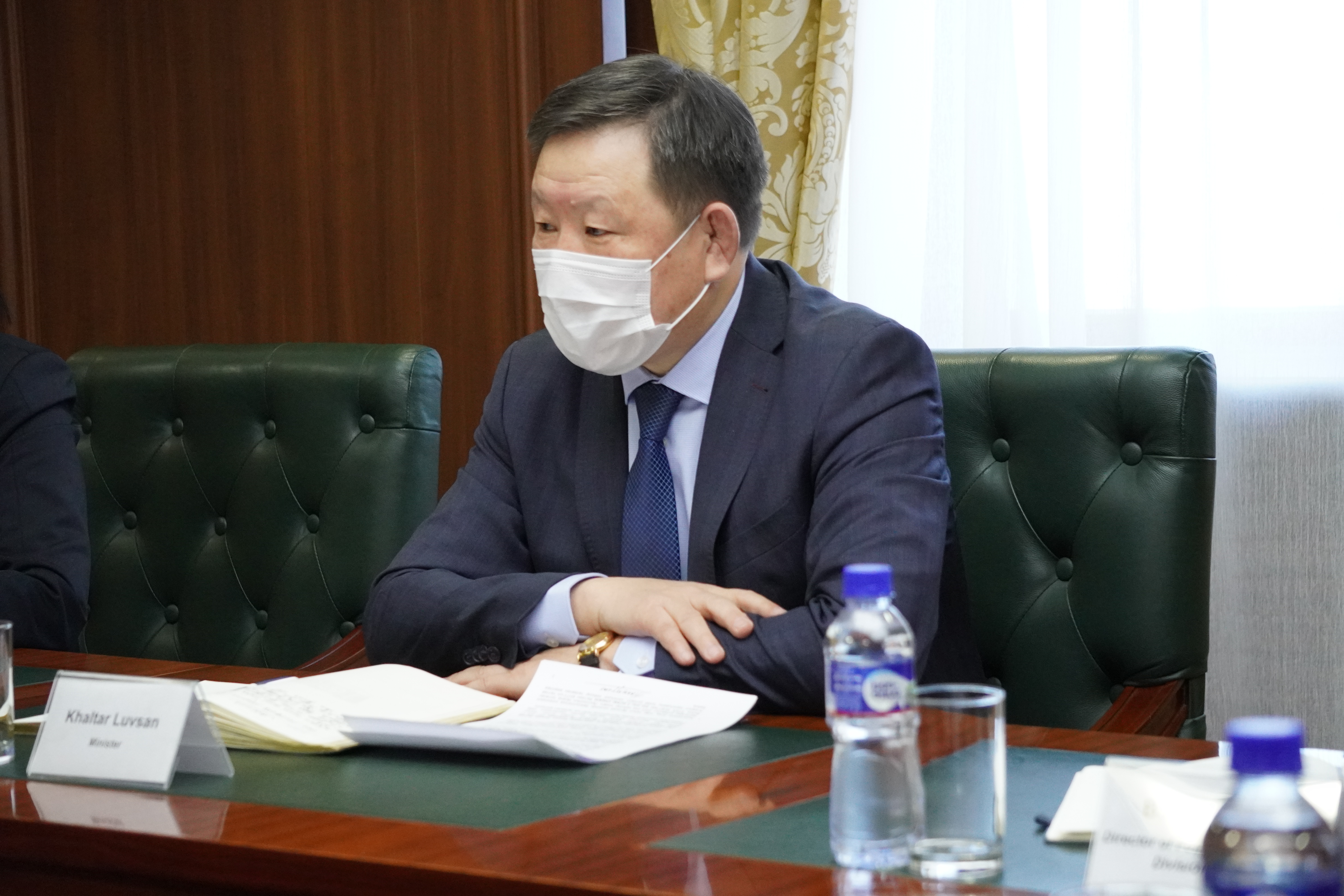 Ambassador Zafer Atesh was thankful that the Ulaanbaatar-Istanbul flight, which was temporarily suspended due to the pandemic, could resume starting from April 2021 and he noted the importance of meeting the growing needs for cargo flights in connection with trade and business activities of Mongolians in Turkey. In this context, he relayed the interest of Turkish Airlines to increase the frequency of flights between Istanbul and Ulaanbaatar and also to obtain permission to operate cargo flights to other Asian destinations through Ulaanbaatar. 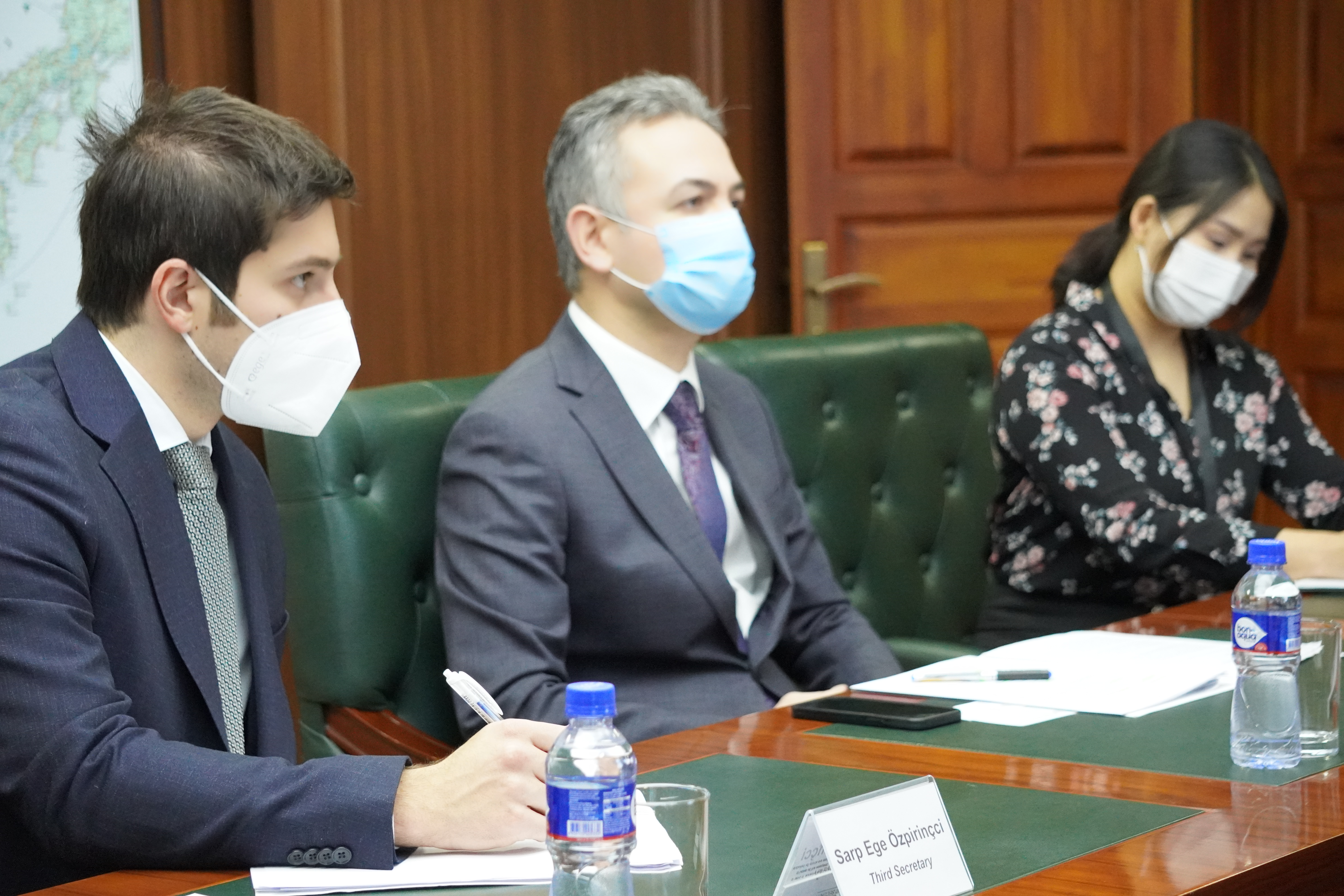 In the field of railway, within the framework of the Belt and Road initiative of China, the Ambassador expressed his interest to jointly study the possibility of connecting Mongolia to Turkey using the Middle Corridor, a railway corridor connecting Turkey to China through Georgia, Azerbaijan, Kazakhstan.

The two sides agreed to support the cooperative actions and engagement between railway and aviation authorities of both sides to follow-up on the discussed topics.