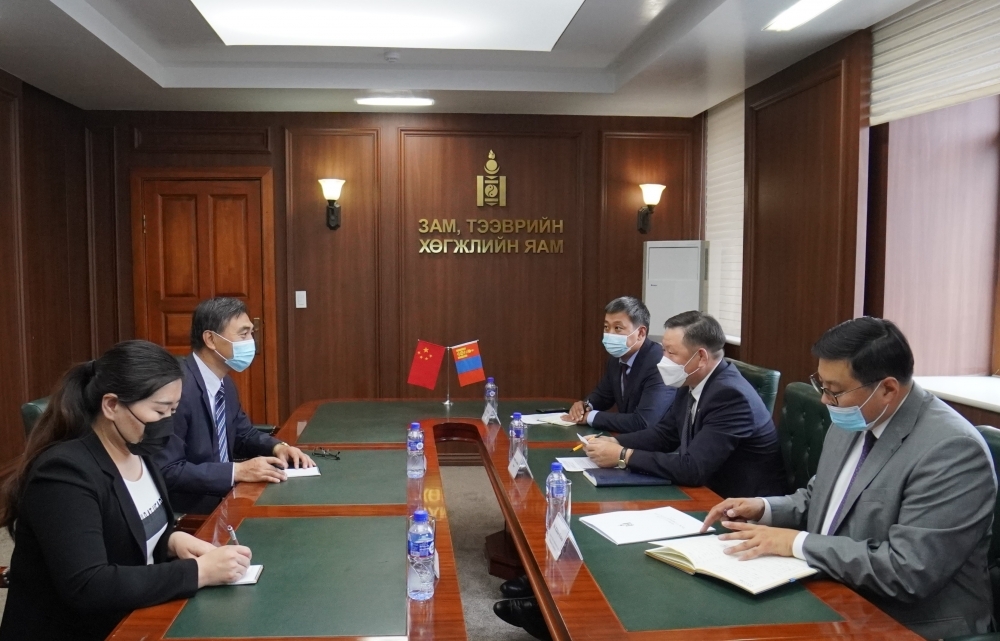 During the meeting the sides exchanged information on the current freight situation between the two countries, in particular the delays and congestion of containers and goods bound to Mongolia from and through China, and discussed about possible ways and measures to ease the situation and how to allow more freight traffic destined to Mongolia.