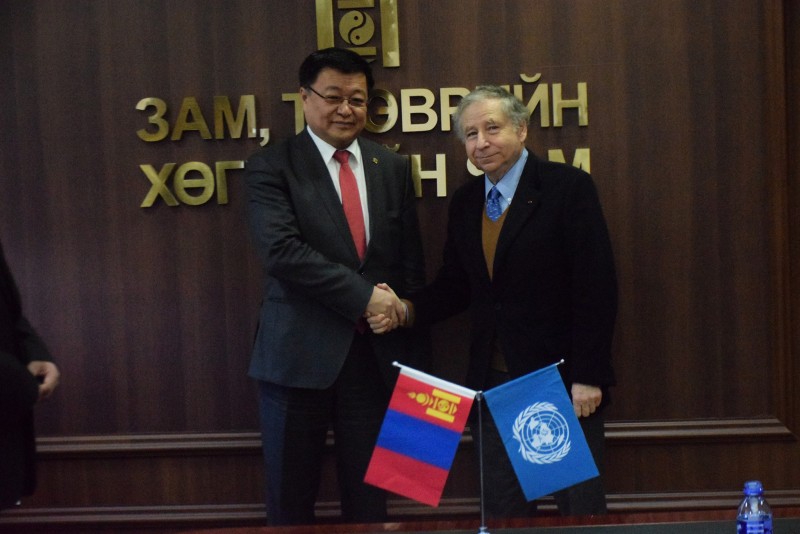 Mr. Todt early in his professional career drove racing cars as a co-pilot for Talbot-Lotus winning many world championships and rallies and also later managed the racing divisions of Peugeot-Citroёn and Ferrari leading his team to win 14 Formula One World Titles.

Minister D.Ganbat expressed his appreciation for his invaluable contributions made to the development of world motor sports and for his devotion to promotion and advocacy for global road safety as UN Special Envoy. He also elaborated on the Mongolian government’s policies and activities aimed towards reducing road traffic accidents and fatalities. 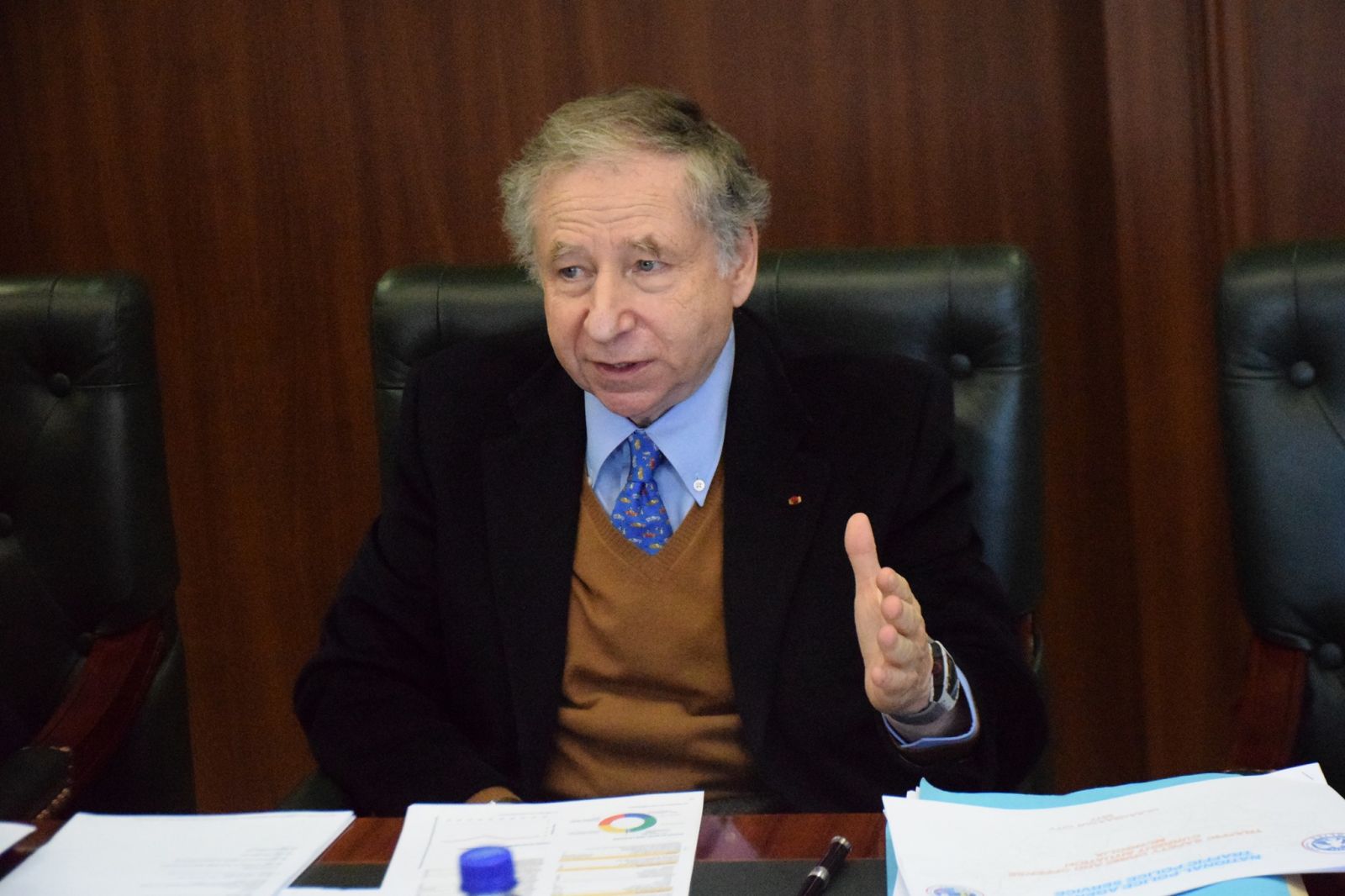 Mr. Todt stressed on the positive statistical data showing certain decrease in number of traffic accidents in Mongolia after the enactment of Road Safety Law of Mongolia, thought the number of road accident casualties are still among the highest compared to the population of Mongolia. He also expressed his opinion to pay special attention to the enforcement of laws and regulations relating to the use of safety belts, safety helmets, drunk-driving, child restraints and so on. He also urged the Mongolian side to join the relevant UN convention on road safety and voiced his readiness to render support and assistance in the preparation work necessary to join these international conventions and treaties.