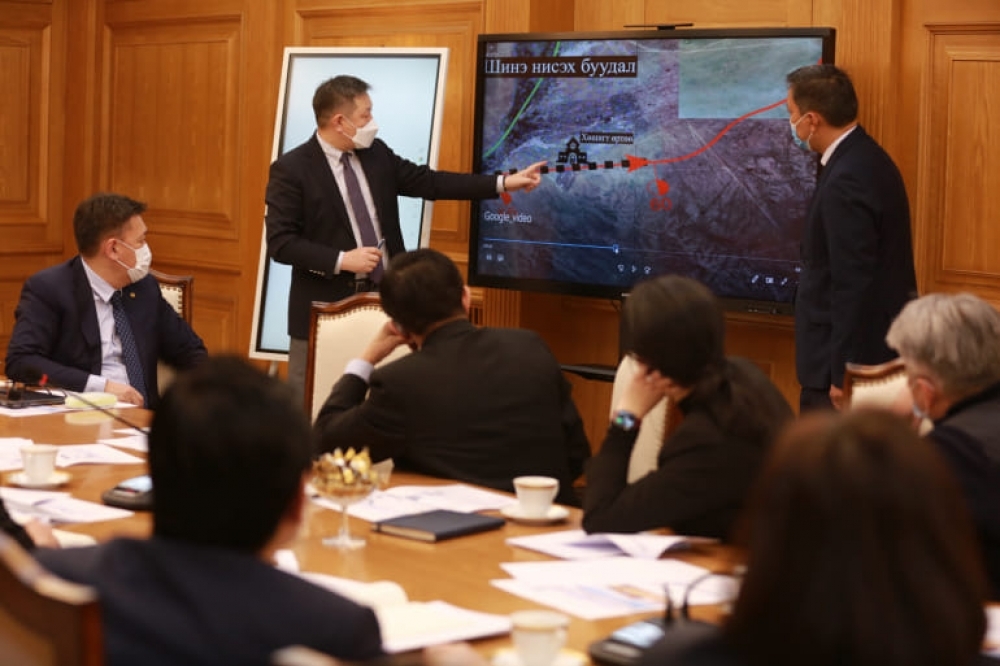 Minister Mr. L.Khaltar delivered a presentation on the implementation progress of the Bogdkhan Railway Bypass Project to the Prime Minister Mr. L.Oyun-Erdene.

The Bogdkhan Railway Bypass Project will build a railway bypass line starting from the main rail line of Ulaanbaatar Railways JSC /UBTZ/ and branching off from Mandal station to connect to the Maanit station bypassing around the Bogdkhan Mountain to the south.

The Bogdkhan Railway Bypass Project will build a railway line around the steepest areas of the mountain, the Emeelt and Khoolt passes that has highest slopes which require weight optimization (the weight of the train is reduced to 4,200 tons), as well as enabling freight trains to travel with  5800-6000 tons on all sections while maintaining higher speeds and increasing the freight turnover volume by 5-6 million tons per year. The Project also aims to solve challenges that arise in connection with tight road curves between Emeelt and Khangai stations and to reduce costs associated with operations. In addition, it is expected to reduce the burden on freight railway and ease road traffic congestion in Ulaanbaatar city.

The construction of Bogdkhan Railway Bypass is reflected in the Government Action Plan for 2020-2024 term and the Mongolian Economic Recovery Program approved by the Parliament of Mongolia in 2016. To highlight the significancy of the Project, the Working Group briefed the Prime Minister on the project implementation preparations, updated plan of action and preliminary budget for design works.

Following the presentation, the Prime Minister noted that it is important to do a study on developing a detailed design for the bypass in the first place and ordered the Working Group members, including the Minister of Finance and the Minister of Road Transport Development, to present the options to resolve required funding for this study to the cabinet meeting.