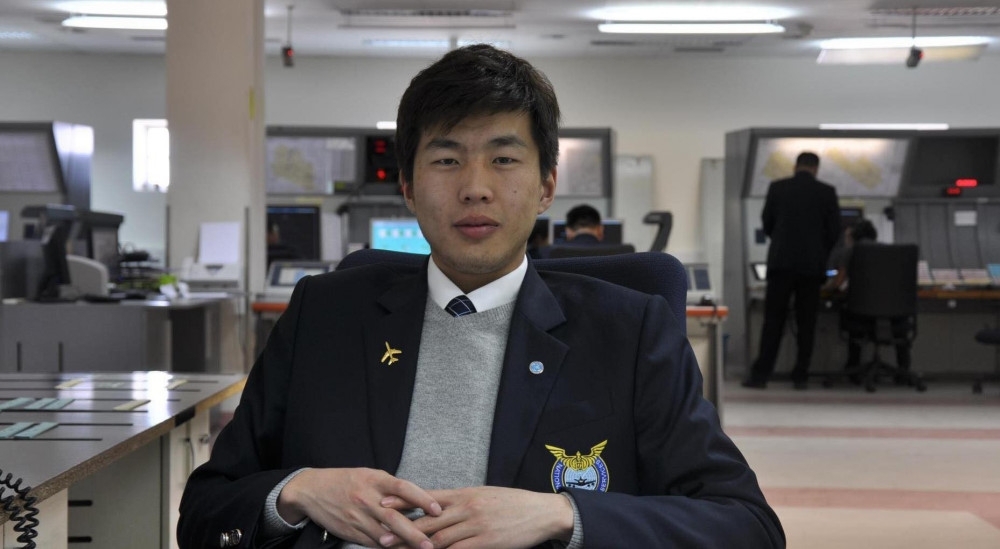 Mr. B.Davaasambuu, an air traffic controller of the National Civil Aviation Center of Mongolia was awarded by the Board of Directors of the International Social Movement “Air Navigation Without Borders” for his high professionalism and vigilance for averting possible mid-air collision.

An incident happened on 23 January 2021 when Korean Airplane on route from Russia to Mongolia closely passed an Aeroflot plane flying over Mongolia to Russia near the border between the two countries.

Air traffic controller on duty was Mr. B.Davaasambuu who noticed the dangerous situation and immediately instructed the aircraft to change its course in the area, thus diverting it from collision with the oncoming aircraft.

He was able to correct the mistake made by the Russian air traffic controller and prevent the accident, and if it was a minute late, there would have been an accident.

His merits were recognized by the Board of the International Society for “Air Navigation without Borders” and was awarded the diploma "For outstanding contribution to flight safety".

It was also decided to honor his photo and story in the historical gallery of the association "History of air navigation in the role of individuals". 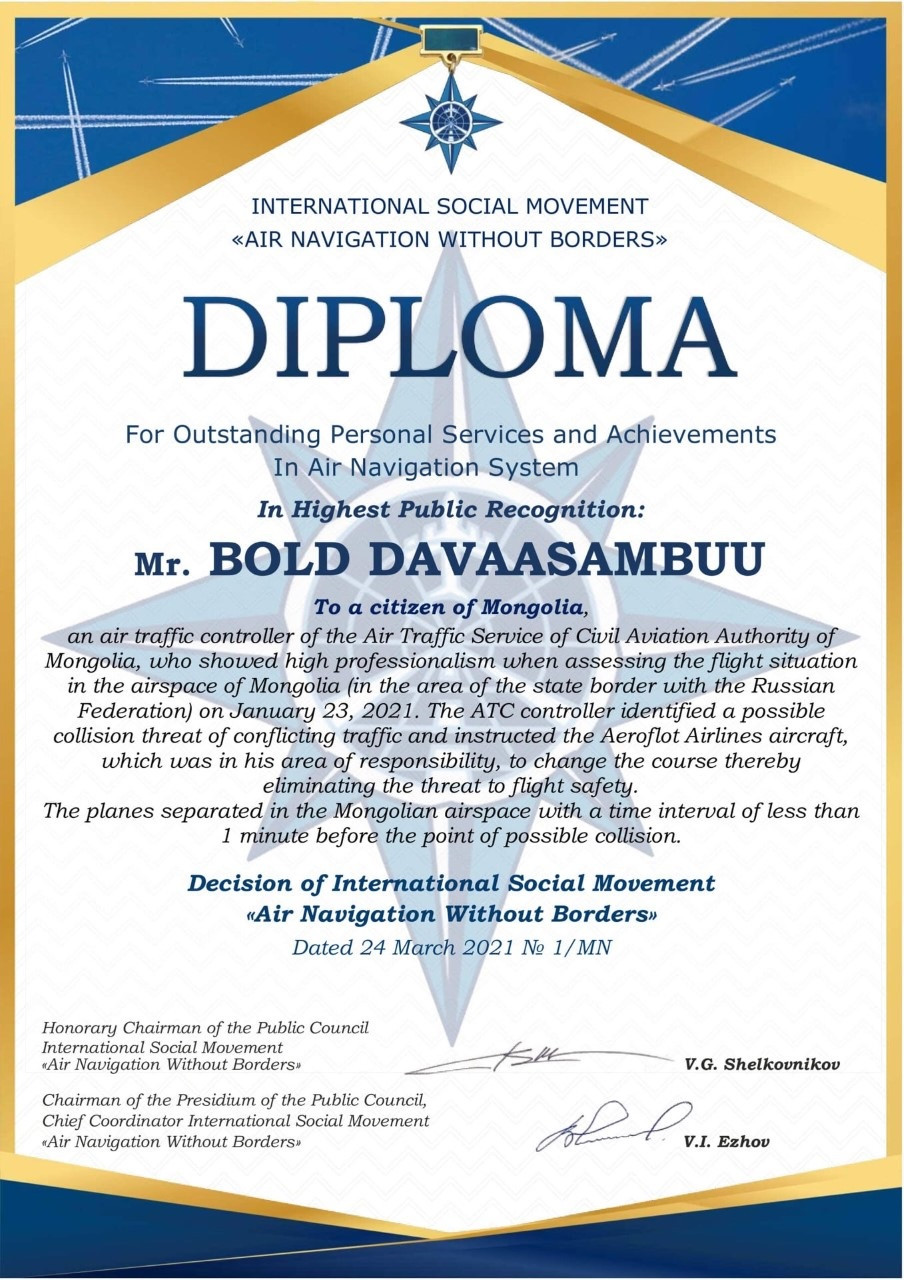