Minister of Road and Transport Development of Mongolia Mr. Khaltar Luvsan met with Ambassador of the Republic of India to Mongolia H.E. Mr. Mohinder Pratap Singh

Minister of Road and Transport Development of Mongolia Mr. Khaltar Luvsan met with Ambassador of the Republic of India to Mongolia H.E. Mr. Mohinder Pratap Singh on 4th March 2021.

The sides discussed the possibility of exporting coking coal from Mongolia to India and conducting of pilot transportation. Regarding to this issue, the relevant organizations of Mongolia carried out a preliminary cost estimation study of transportation from Tavan Tolgoi mine to the seaport in the Far East region of Russia and beyond, and the Mongolian side informed about their study outcome during the meeting.

They also exchanged views on the establishment of a joint Working group for the preration  of delivering of coking coal from Mongolia to India in coordination with the joint Oil Refinary Project in Mongolia. The Indian side announced that they will include officials from the Embassy of India in Mongolia, the Ministry of Steel and the Ministry of Coal in this Working group.

Minister L.Khaltar also introduced some of the Ministry officials who will join the Mongolian-Indian Joint Working Group and suggested areas of attention and expressed his readiness for further long-term cooperation.

He also stressed the focus of the Government of Mongolia on the improvement of tourism sector as one of the priority sectors for the country's economic development. In order to support the development of tourism sector, both sides discussed about launching flights between Mongolia and India in connection with the increase of passengers and freight traffic between the two countries. 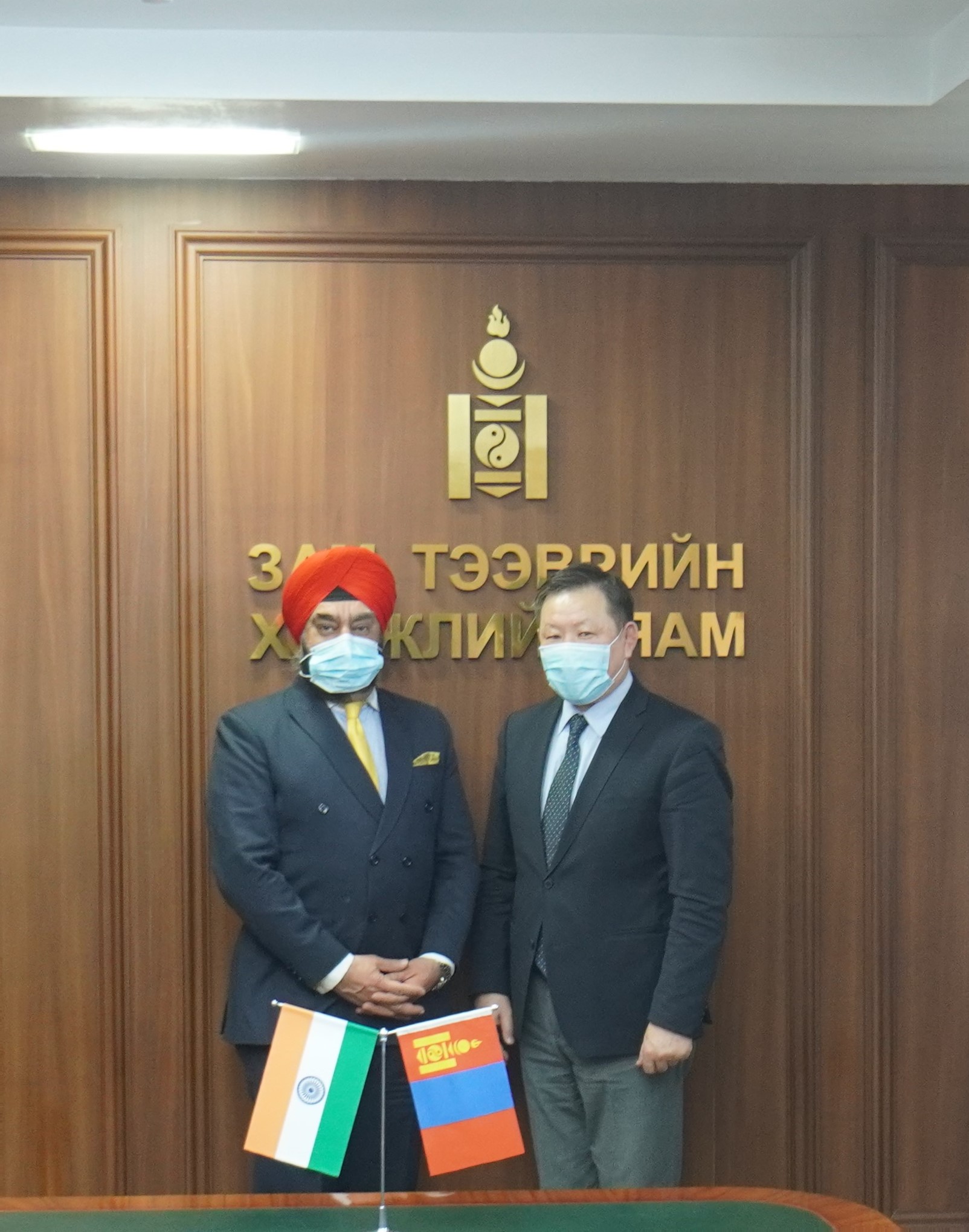 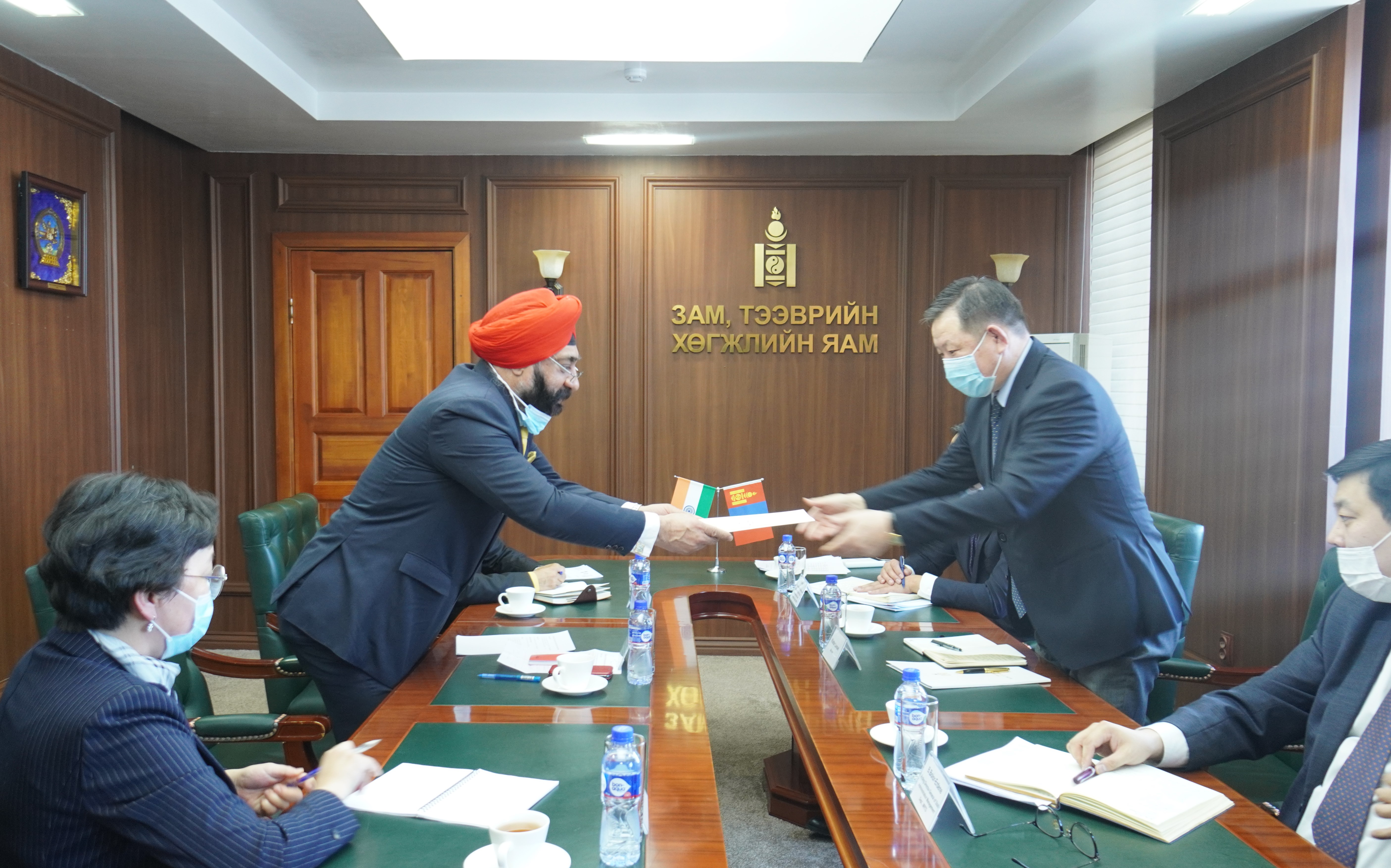